A Canadian immigration officer will decide if you can enter Canada when you apply for a visa, an Electronic Travel Authorization (eTA), or when you arrive at a port of entry.

Under Canada’s immigration law, if you have been charged with any crime outside Canada regardless whether the charge was withdrawn, pardoned or you had a conditional sentence, you may be found inadmissible to Canada. In other words, you may be “criminally inadmissible.”

This includes both minor and serious crimes, such as:

driving while under the influence of drugs or alcohol, and

possession of or trafficking in drugs or controlled substances.

You can find a list of criminal offences in the Criminal Code of Canada and the Controlled Drugs and Substances Act.

If you were convicted of a crime when you were under the age of 18, you may still be able to enter Canada.

Entering Canada with a Criminal Record

What you can do

Depending on the crime, how long ago it was and how you have behaved since, you may still be allowed to come to Canada, if you:

convince an immigration officer that you meet the legal terms to be deemed rehabilitated, or

applied for rehabilitation and were approved, or

were granted a record suspension or

have a temporary resident permit.

Deemed rehabilitation, under Canada’s immigration law, means that enough time has passed since you were convicted that your crime may no longer bar you from entering Canada.

You may be deemed rehabilitated depending on:

if you have committed more than one crime.

In all cases, you may only be deemed rehabilitated if the crime committed outside Canada has a maximum prison term of less than 10 years if committed in Canada.

What are the grounds for Inadmissibility to Canada

A person may be denied a visa, or an Electronic Travel Authorization (eTA), refused entry to, or removed from Canada on any of these grounds:
security reasons, including
espionage
subversion (attempts to overthrow a government, etc.)
violence or terrorism, or
membership in an organization involved in any of these
human or international rights violations, including
war crimes
crimes against humanity
being a senior official in a government engaged in gross human rights violations or subject to international sanctions
committing a serious crime that would be punishable by a maximum prison term of at least 10 years in Canada
having been convicted of a crime, including driving while under the influence of drugs or alcohol
organized crime, including membership in an organization that takes part in organized criminal activity, people smuggling or money laundering
health grounds – if their condition is likely to:
endanger public health or public safety, or
cause excessive demands on health or social services (some exceptions exist
financial reasons – if they are unable or unwilling to support themselves and their family members
misrepresentation, which includes providing false information or withholding information directly related to decisions made under the Immigration and Refugee Protection Act (IRPA)
failure to comply with any provision of IRPA
having an inadmissible family member.

How can I overcome Inadmissibility to Canada with a criminal record

Option 1: Criminal rehabilitation application, will allow you to remove your inadmissibility to Canada from your records, so in the future, you may be able to travel to Canada with no obstruction. These applications are submitted to the consulate or visa office overseas, and it may take many months for processing. But if you approach this solution as permanent, if you have a past criminal record and want to cross the border, I suggest you to consider consulting immigration professionals to avoid any complication that may arise during the processing.

Rehabilitation means that you are not likely to commit new crimes.

You can apply for individual rehabilitation to enter Canada. The Minister, or their delegate, may decide to grant it or not. To apply, you must:

show that you meet the criteria,

have been rehabilitated and

be highly unlikely to take part in further crimes.

Also, at least five years must have passed since:

the end of your criminal sentence (this includes probation) and

the day you committed the act that made you inadmissible.

Option 2: Temporary Resident Permit. For people who intend to visit Canada urgently due to work-related matter or emergency family issues etc. If you’re in such situation, you may be able to address your inadmissibility at the airport or at the Canadian consulate by submitting a temporary resident permit application or known as TRP. As the name suggests, it is a temporary solution and may allow you to enter Canada only once.

A temporary resident permit lets you enter or stay in Canada if:

you have valid reasons to be in Canada.

If you have a valid reason to travel to Canada, but you are inadmissible, An immigration or border services officer will decide if your need to enter or stay in Canada outweighs the health or safety risks to Canadian society. 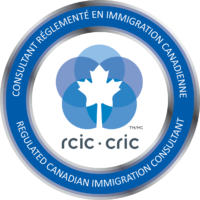 The first step in reviewing any matters relating to Canadian inadmissibility is to schedule a consultation with Pahl & Associates for an in-depth assessment of your circumstances proposed application. Complete contact form and we will get back to you within 24 hours to schedule a mutually convenient appointment.